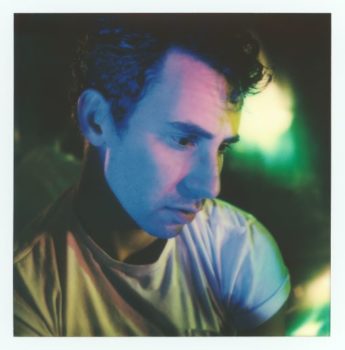 Charity:
$1 per ticket will go to support The Ally Coalition

with special guest The Lemon Twigs

Bleachers requires all ticket holders to present proof of full COVID-19 vaccination, or proof of a negative COVID-19 PCR test result taken within 48 hours of the performance, for entry.  All Sales Are Final, Refunds are Not Available. Rain or Shine.

On July 30th, 2021, Bleachers released their highly anticipated third album Take the Sadness Out of Saturday Night via RCA Records. Kicking off 2022, Bleachers made their debut performance on NBC’s Saturday Night Live, performing two songs including their new single “How Dare You Want More” to mark the seminal show’s first episode of the year.

Offering up the first taste of new music in late 2020, they previewed the album with a series of singles including “Chinatown” ft. Bruce Springsteen and “45,” followed by “Stop Making This Hurt,” which received a ‘Best Alternative Video’ nomination at the 2021 MTV VMAs, and hit #1 at Triple A and top ten at Alternative radio.

Associated Press called the project “terrific,” while Entertainment Weekly deemed it “a canny commingling of indie-pop jangle and unabashed arena rock,” and Rolling Stone praised its “rock and roll thrillers with punchy pop pleas.” Known as one of the best live acts in the world, this past fall Bleachers hit the road for their sold-out ‘Take the Sadness Out of Saturday Night’ headline tour, a multi-city run across North America.

Take the Sadness Out of Saturday Night serves as the follow-up to their critically acclaimed second album, Gone Now, which came out on June 2nd, 2017. The first single, “Don’t Take The Money,” hit #3 at Alternative Radio, while The New York Times called Bleachers’ music “anthemic life-affirming pop-rock.” Five-time Grammy® Award-winning singer, songwriter, musician, and producer, Jack Antonoff, is the creative force behind Bleachers.